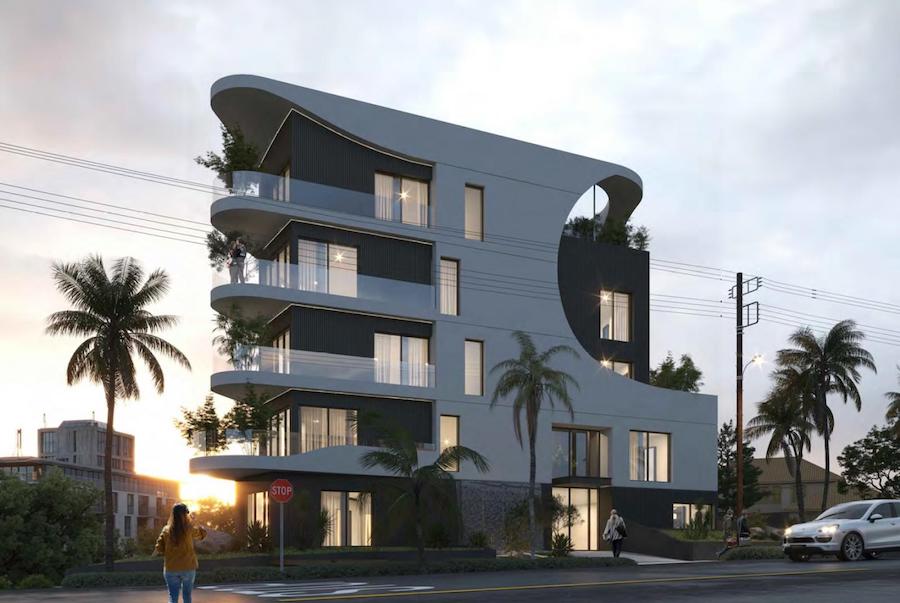 Property located at the intersection of Ohio and Wilkins

Their proposal is for a new five story building that contains seven apartments and that has a small underground parking lot. The property is a small lot shaped like a wedge at the intersection of Ohio and Wilkins Avenues.

FIN Holdings, LLC and Wilkins Group, LLC have applied for Transit Oriented Communities Incentives that would allow them to build the five story structure which is larger than normal zoning ordinances would allow. The owners would be required to set aside one of the apartments as deed restricted affordable housing.

This project is designed by architect Labyrinth Design Studio and is shown in the renderings as a low rise, contemporary style building with a rooftop oculus that floats above a private deck.