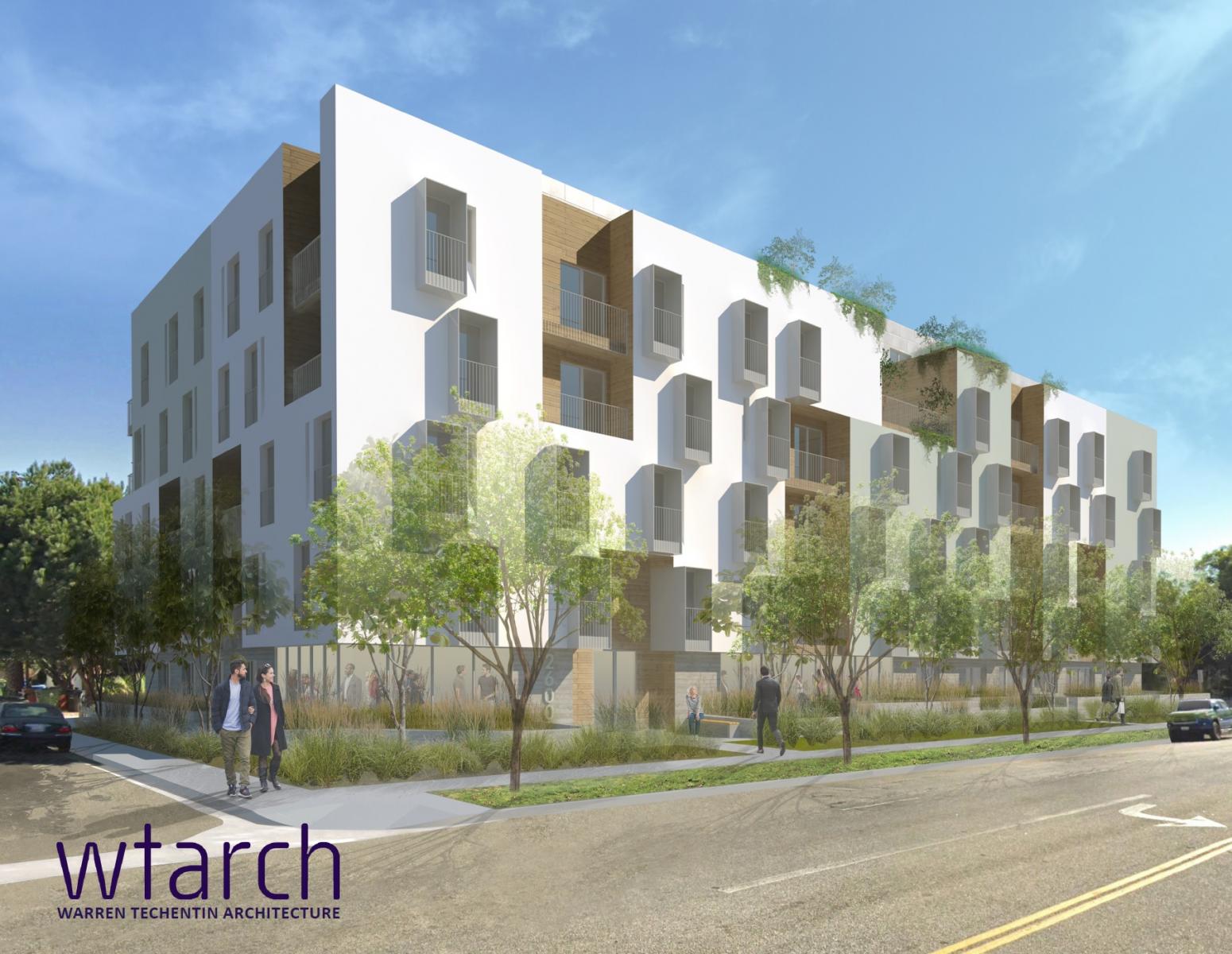 Another multifamily residential development has been approved near the Expo Line’s Sepulveda Station as reported by Urbanize Los Angeles. This new development will be located at 2600-2616 South Sepulveda and Darius Khakshouri is the developer behind the project.

The new structure is a five-story building with 43 units of one, three, four and five-bedroom apartments and an underground parking structure that will hold 46 vehicles. This structure will replace the existing four single-family homes.

The developer successfully applied for entitlements that are granted by the Transit Oriented Communities incentive program which will allow a five-story building to be built in this area despite existing local building codes. As part of this deal, the developer will only be asked to reserve five of the units as extremely low-income level housing.

The designer on this project is Warren Techentin Architecture and, according to Urbanize Los Angeles, the rendering of this building shows the currently popular contemporary podium design with exteriors of metal, painted stucco and wood. Open space and setbacks have been reduced in light of the TOC incentives, so the design provides for private balconies for over half of the units and a recreation room and roof decks.