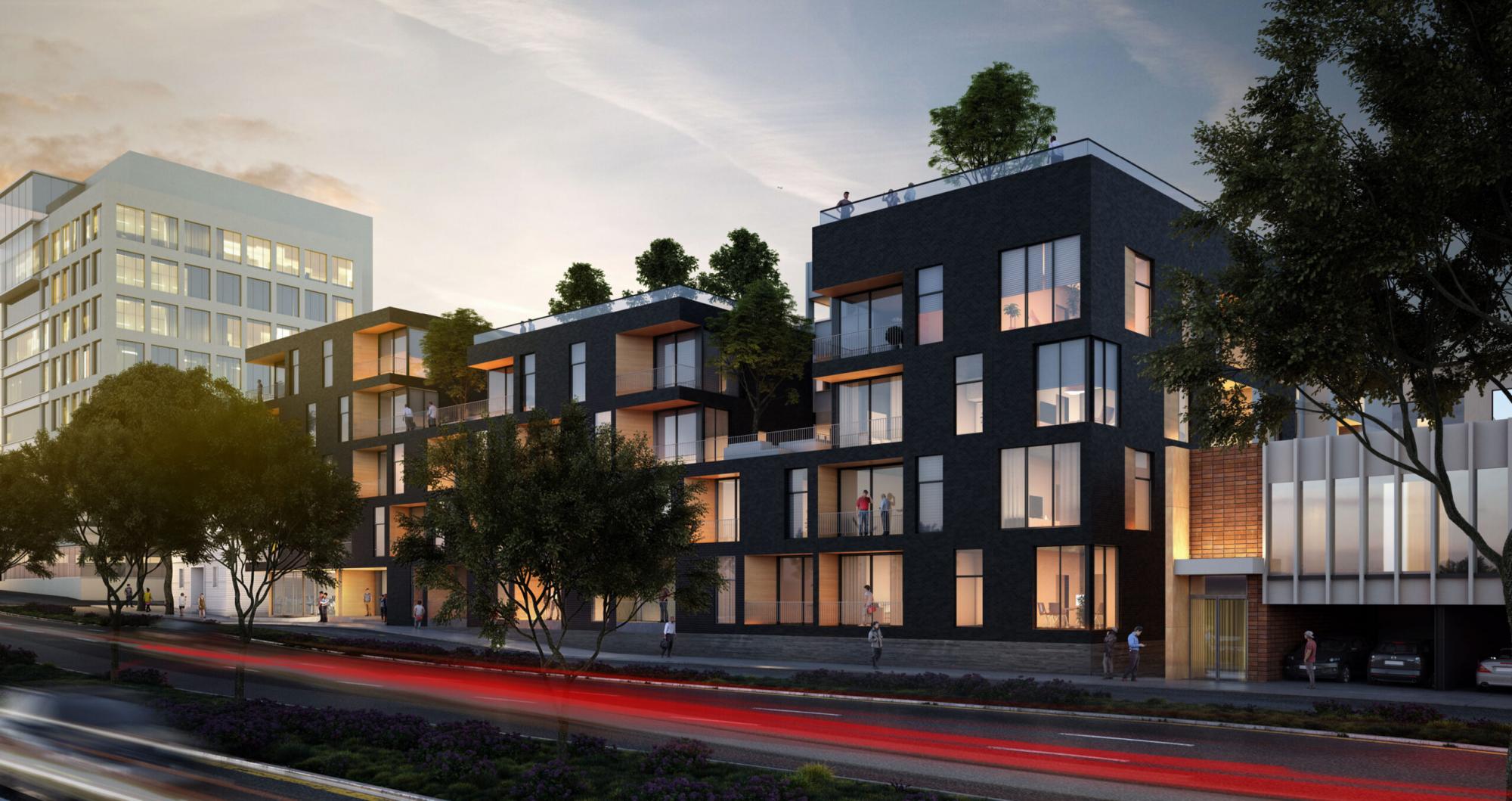 In Century City, a new six-story residential building is coming to 10306 -10330 Santa Monica Boulevard as reported by Urbanize Los Angeles. The developers of this new structure have taken advantage of the density bonus incentives to build a much larger building than would normally be allowed in the area. The developers, California Landmark Group,  will only be required to reserve 11 units as very low-income affordable housing within the structure as part of the density bonus incentive agreement.

The structure will hold 91 one, two or three-bedroom apartments that sit over a parking area that will house 68 vehicles.

The complex will be designed by Abramson Architects and come with amenities like a business center, central courtyard, gym and rooftop decks. The exterior of the building will be faced with dark grey plaster and textured concrete.

The website for the architectural firm states, “By breaking the massing into smaller volumes, the structure blends seamlessly with the larger Century City towers and the low-rise context. Recessed private balconies feature contrasting accent materials that add an air of whimsy to the exterior facade while casting dynamic shadows inside each of the units.”