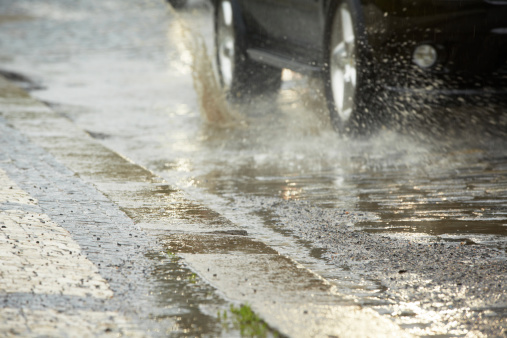 The California Highway Patrol handled 150 collisions during the six hours between 10 p.m. Saturday and 4 a.m. today as the first of two storms left behind rain-slickened streets throughout Los Angeles County, authorities said.

Saturday’s showers were light and intermittent for most of the afternoon as the first of back-to-back storms moved into the region.

Today’s rainfall is expected to be heavier, bringing as much as an inch of rain in some foothill and mountain areas, and will continue through Monday, the National Weather Service said.

Thunderstorms are possible in some areas, and wintry conditions are expected in the local mountains, according to the NWS forecast.

More rain could arrive later in the week, forecasters said.