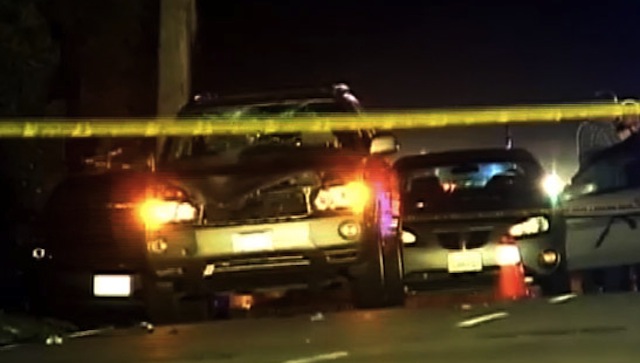 California Highway Patrol officers will be out in force beginning Wednesday, on the lookout for motorists driving drunk or otherwise violating traffic laws over the Thanksgiving weekend.

The “maximum enforcement period” begins at 6:01 p.m. Wednesday and continues through 11:59 p.m. Sunday, said CHP Commissioner Joe Farrow. During this period, all available officers will be on patrol duty.

“With the public’s cooperation, the CHP will continue to promote a safe traveling season during the Thanksgiving holiday,” Farrow said.

“The CHP reminds all motorists to never drive while under the influence of drugs or alcohol, always wear your seat belt, travel at a safe speed for conditions, and avoid distractions behind the wheel,” Farrow said.

During last year’s four-day Thanksgiving weekend, the CHP arrested more than 1,000 people statewide for DUI. Thirty-five people died in collisions throughout California over the holiday weekend in 2015, compared to 45 during the same period in 2014.