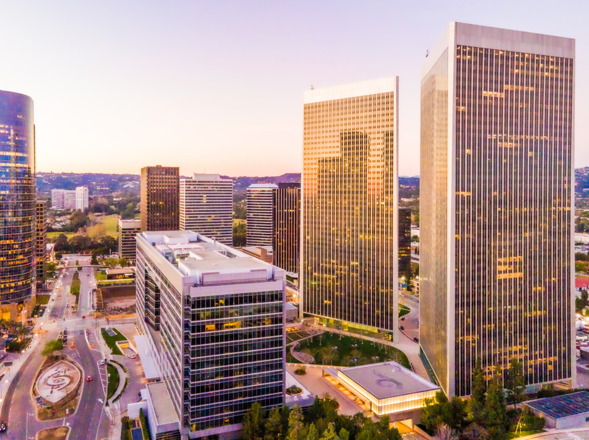 Century City will transform into a post-race destination for the Los Angeles Marathon on November 7 with live music, food specials, beer gardens, pop-up experiences and more.

“The curated events are a welcomed opportunity to enjoy a day full of activity for marathoners, friends, families, as well as neighborhood locals. Century City is booming with new life, thanks to restored developments and the continued success of iconic properties such as Century Park,” Century Park said in a press release.

Now it its 36th year, the Los Angeles Marathon presented by ASICS begins at Dodger Stadium and concludes for the first time ever on the Avenue of the Stars. The route is billed as the “Stadium to the Stars” racecourse. Organizers are hoping to cultivate a spirited finish line experience with entertainment–including live music, food specials, beer gardens, pop-up retail, foot and spa treatments– kicking off at 9:00 a.m.

Century Park is curating a lineup of live bands and DJ performances throughout the day in partnership with Winston House—the Venice Beach-based music series known for housing intimate concerts and transforming everyday spaces like retail shops into locations for secret live shows. The Main Stage’s headlining talent will be announced in the coming weeks.

To satiate hungry runners and spectators, Century Park’s mainstay eateries offer a variety of special menus and hearty dishes to help marathoners re-charge at Mendocino Farms, Habanero Grill, Piknic, and The Stand (11 a.m.- 3p.m.). The Finisher’s Beer Garden presented by Heineken 0.0 as well as Volvo Coffee Car (10 a.m.-2:30 p.m.) will be a welcome respite to refuel.

On-site remedies and spa treatments will be a welcome relief for marathoners to relax and toss off their running shoes in exchange for recovery services including ice baths and a Nuun Re-hydration Station. Pop-up retail shopping experiences include the ASICS Finisher Merch Store and more to be announced in the coming weeks.

Distances for everyone are available with the LA Big 5K run/walk and LA Kids ½ K, hosted at Dodger Stadium on Saturday, November 6 and the Los Angeles Marathon on Sunday, November 7.

The Actors Gang presents “As Boo Like It" a modern twist on the classic Shakespeare play. This free community event...