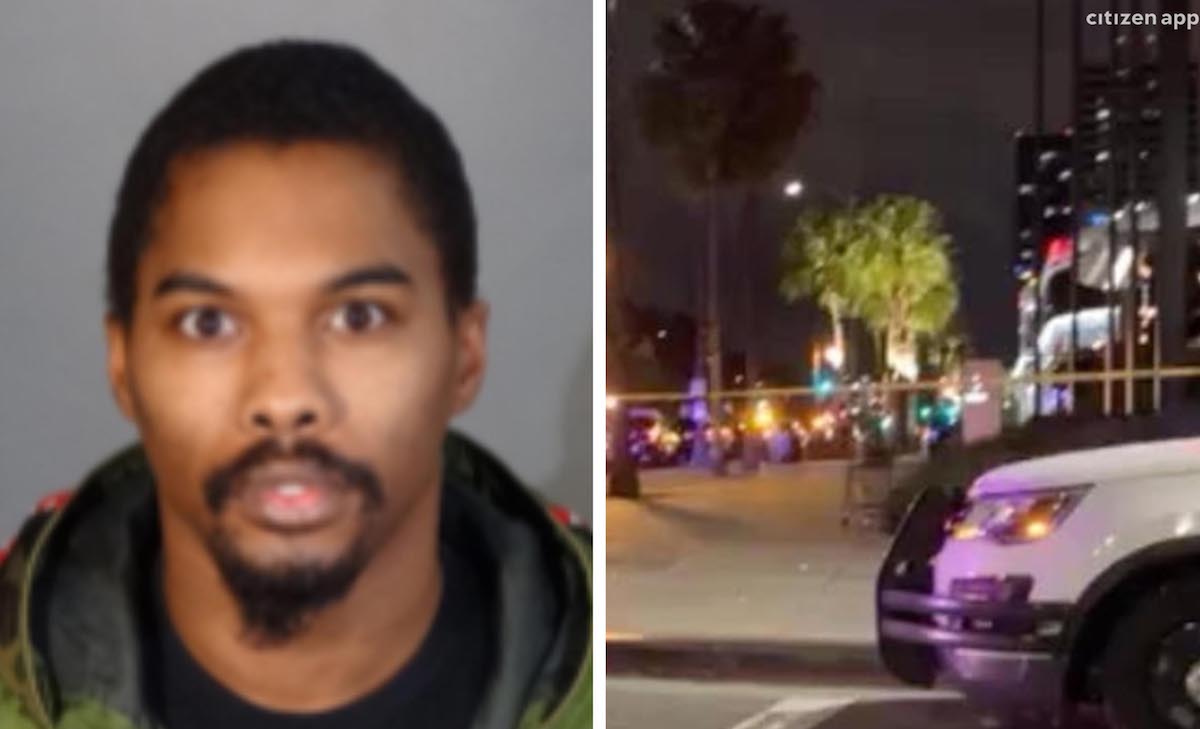 The Los Angeles Police Department and the FBI have arrested a suspect who was living on the East Coast, in a murder that took place in January at Westfield Century City.

On January 20, 2020, West Los Angeles Division officers responded to a call of a shooting in progress at the Century City Mall. Upon their arrival, officers found a victim down and unresponsive.

During the fight, the suspect armed himself and shot the victim to death, according to the LAPD.

According to LAPD Detective John Radke, there was a verbal altercation that escalated involving some females. The fight then spilled out of the restaurant and came across a to possibly some men having a fight. Radke says that a member of the group of men armed himself with a firearm and chased the victim around the outside of the mall, shooting him multiple times.

It was later determined that Hinton had fled the area and a murder warrant was issued.

On Friday, April 10, 2020, LAPD-FBI Fugitive Task Force agents extradited 26-year-old Brandon Hinton to Los Angeles to face murder charges. Hinton was booked on a four-million-dollar murder warrant and will be arraigned this week.

A recent nationwide survey found that public transit ridership is down in Los Angeles, but with an interesting twist. Learn...