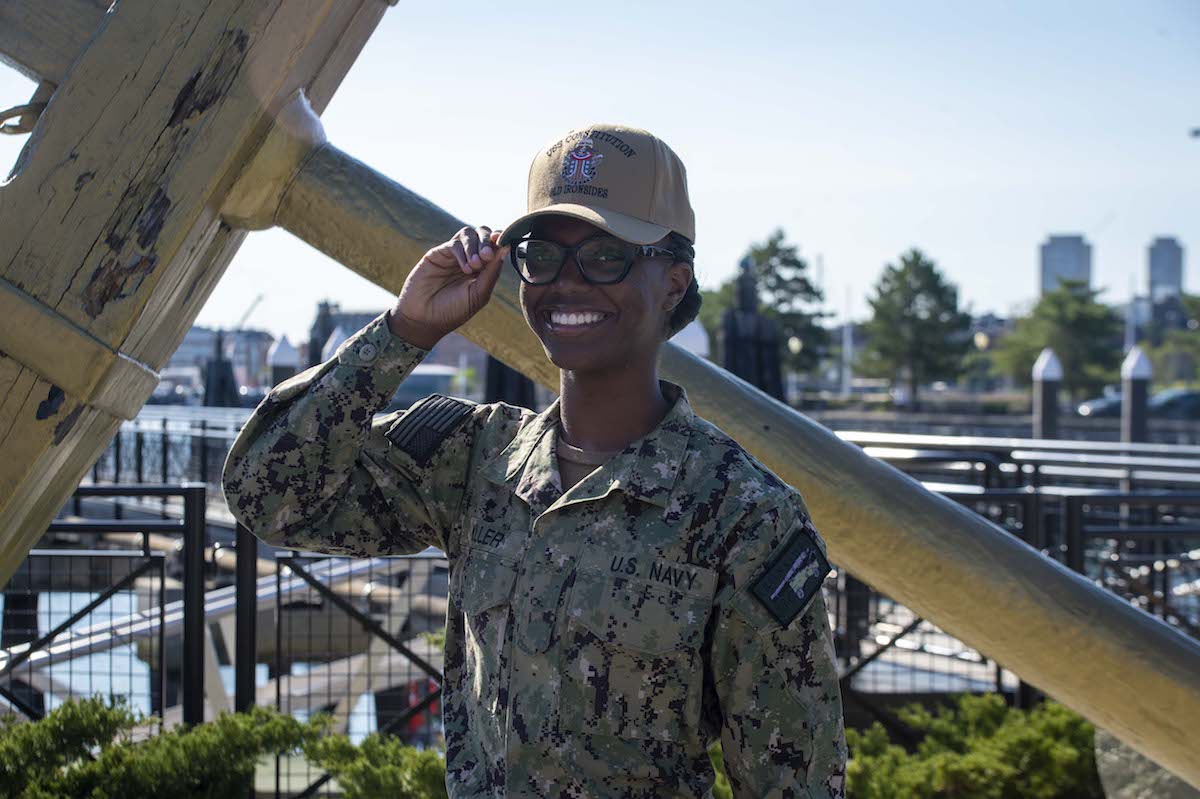 Duty aboard USS Constitution is one of the Navy’s special programs, and all prospective crewmembers must meet a high standard of sustained excellence and interview to be selected for the assignment.

The basic interpretive historian qualification means that a Sailor has studied and trained on the history of USS Constitution and has learned about the ship’s major historic battles, its unique design and the life of a Sailor during the 19th century.

Crew members who achieve the basic interpretive historian are authorized to wear a unique command ball cap, with the word ‘crewmember’ embroidered on the back, in place of the Navy’s standard eight-point cover or hat.

“It feels phenomenal to finally be able to eloquently and confidently share the history of the iconic Old Ironsides with everyone who visits the ship,” said Miller.

Miller has served in the Navy for five months and USS Constitution is her first duty station.

Miller is a 2020 graduate of South Hills High School.

The active-duty Sailors stationed aboard USS Constitution provide free tours and offer public visitation to more than 600,000 people each year as they support the ship’s mission of promoting the Navy’s history, maritime heritage, and raising awareness of the importance of a sustained naval presence.

USS Constitution, is the world’s oldest commissioned warship afloat, and played a crucial role in the Barbary Wars and the War of 1812, actively defending sea lanes from 1797 to 1855.

USS Constitution was undefeated in battle and captured 33 opponents.

The ship earned the nickname of Old Ironsides during the war of 1812 after British cannonballs were seen bouncing off the ship’s wooden hull.