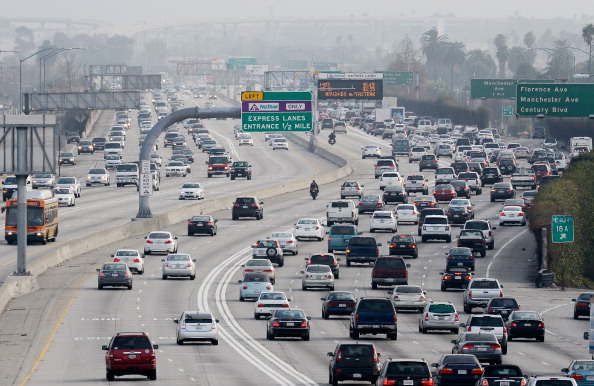 A California Highway Patrol captain filed a lawsuit today alleging he was punished for resisting pressure from his employer to find that an officer acted improperly in an altercation with a woman alongside the Santa Monica (10) Freeway last summer that a bystander captured on video.

Capt. Gregory Hammond, whose Los Angeles Superior Court lawsuit names the CHP, the state and CHP Commissioner Joseph Farrow, says the investigation was taken away from him when he resisted  management’s orders and that he became the target of an administrative interrogation.

A CHP spokesman did not immediately reply to a request for comment.

The beating victim, Marlene Pinnock, received a $1.5 million settlement stemming from the actions of CHP Officer Daniel Andrew, who agreed to resign.

The July 1 incident was captured on cell phone video by David Diaz, a music producer who was driving along the freeway near La Brea Avenue and witnessed the altercation.

Hammond says he was ordered to attend a meeting shortly after the beating and told by CHP chiefs that there was “tremendous pressure” coming from Washington, D.C., and Gov. Jerry Brown’s office “to get this matter resolved favorably.”

Hammond claimes he was told, “We want you with us on this and we hope you know what you have to do.”

The meaning of the statement was clear that the commissioner wanted to fire Andrew and desired that Hammond “skew the investigation in favor of the desired result regardless of the facts,” the lawsuit alleges.

Hammond told the chiefs that he could not support firing Andrew if the facts did not warrant him losing his job, according to the lawsuit. Hammond says he has been denied promotions and a loss to his reputation as a result.

He went on stress leave in August and returned to duty in November, according to the lawsuit, which alleges notices of interrogation are used by CHP management to keep subordinates “in line” and that the process was used against him in the same manner.