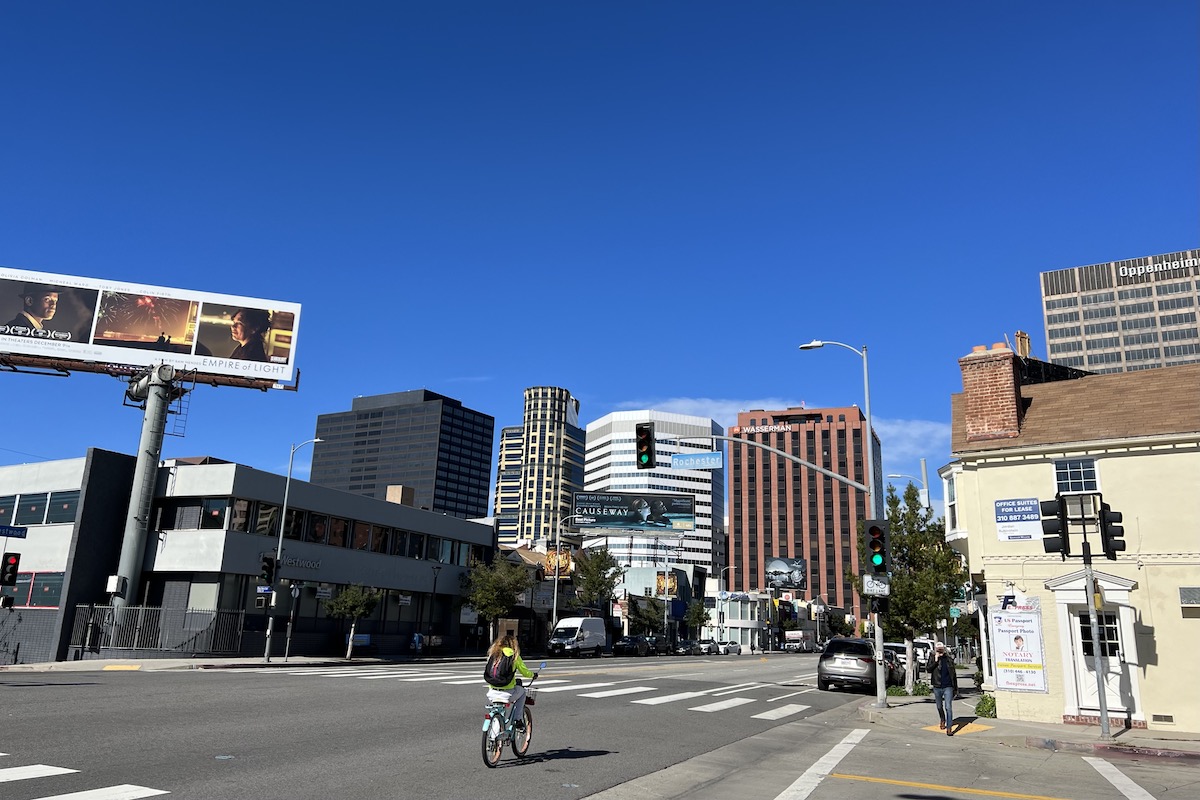 A proposal from the West Los Angeles Chamber of Commerce would name the intersection of Westwood Boulevard and Rochester Avenue to honor Mahsa Amini, the 22-year-old who died while being held by Iran’s morality police.

“This motion is a gesture to honor Mahsa Amini, a 22 years old Iranian woman, and thousands of other courageous Iranian protesters who have been imprisoned, tortured, killed and executed for demonstration for their basic rights in the streets of Iran by the brutal Islamic Republic of Iran. We urge the Los Angeles City Council District 5 to join the global fight against human rights abuse in Iran. Women, Life, Freedom,” reads the petition.

The Chamber voted unanimously on December 14, 2022, to approve the motion to name the intersection of Westwood Boulevard and Rochester Avenue Mahsa Amini Square. The Chamber has sent the motion to the office of the Los Angeles City Council District Five’s representative Katie Yaroslavsky for consideration.

“Mahsa Amini became a symbol of resistance, women’s rights, and freedom not only under the tyrannic regime of the Islamic Republic of Iran but all across the world. Her name meanwhile resonates as a parable for all female individuals across the globe who wants to be vocal standing for their equity and women’s right. So we must not forget her name, hence, designating the name of this square as Mahsa Amini, would encourage female migrants from suppressive countries and their peer women to be more aware of their rights and privileges,” Yaghoubian said.

Another one of the slogans related to this effort is “Women, Life, Freedom” which acknowledges not only the struggle of the women and men of Iran against the repressive laws but also the larger struggle for empowerment for women and the effort in many countries to curtail women’s freedom. There’s even a billboard with the slogan that is right above the Persian Gulf Cafe owned by Roozbeh Farahanipour.

“Since the Islamic Republic occupied Iran, Westwood became not only home to many exiled Iranians but is now recognized as the capital of Iranian opposition and the center of Iranian-American businesses. Westwood has never welcomed the Islamic Republic flag; the Lion and Sun remain the only recognized Iranian flag here. After the women’s revolution, the West Los Angeles Chamber of Commerce realized the community deserves to keep this timeline of movement as a highlight for all Angelenos with a landmark in Tehrangeles,” Farahanipour said. Farahanipour is also the President of the West Los Angeles Chamber of Commerce,

Westwood is the center of the Iranian community in Los Angeles and Westwood has the largest population of Iranian Americans in the world outside of the country of Iran itself.

Steven Sann, Chair of the Westwood Community Council, and Farahanipour are presenting the proposal to the council, along with members of the Iranian American professional community in Los Angeles.

“The proposal to dedicate the intersection of Westwood Boulevard and Rochester Avenue as ‘Women. Life. Freedom. Square’ in memory of Mahsa Amini has drawn significant support in our Westwood community. This would be sited one block north of the already established ‘Persian Square,’ which is located at the intersection of Westwood Boulevard and Wilkins Avenue. In so designating this second ‘Square,’ it will symbolically ‘bookend’ that one block of Westwood Boulevard, between Wilkins and Rochester, which is historically significant as the block where the very first Persian business was established in Westwood in 1974. Next year will mark the 50th Anniversary of the beginning of the Persian business community in Los Angeles and the development of a significant Iranian American community in Westwood,” Sann said via email.