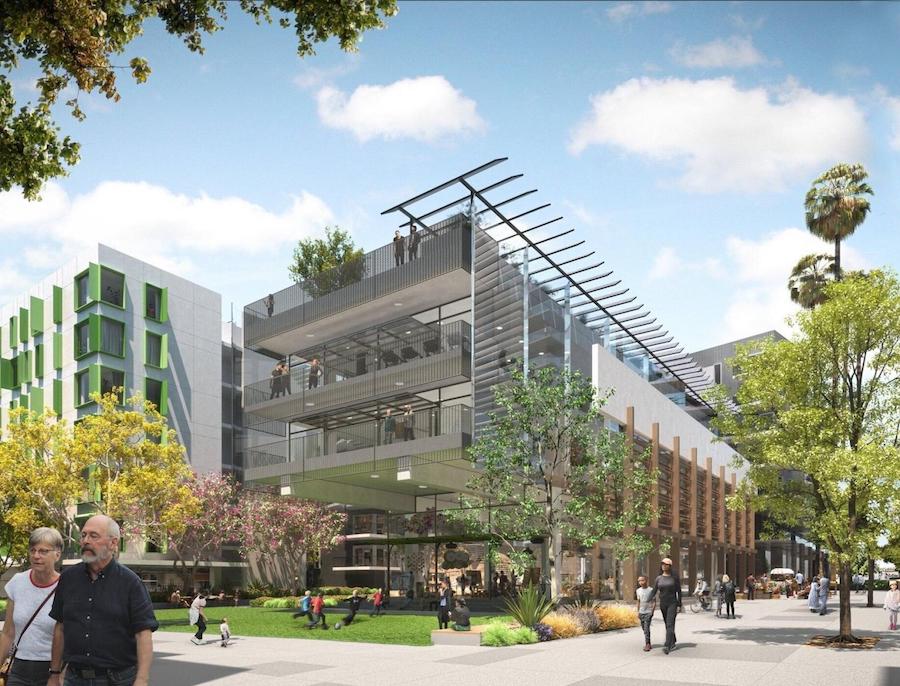 The West LA Commons set to bring 926 units of housing and 36,569 square feet of retail to Santa Monica Boulevard

The redevelopment of the West Los Angeles Civic Center would bring 926 units of housing and 36,569 square feet of retail to Santa Monica Boulevard.

Abode Communities and AvalonBay Communities were chosen a year and a half ago to revamp the West Los Angeles Civic Center as reported by Urbanize Los Angeles. Next up for the project is one of the most difficult parts of the entire process namely California Environmental Quality Act (CEQA) review.

The Los Angeles County Department of Regional Planning’s report states that the West L.A. Commons project would include 1.1 million square feet of new structures and development over the nine-acre site that is surrounded by Santa Monica, Iowa Avenue, Corinth Avenue, and Butler Avenue.

The plans already submitted show that the development would have nine new buildings that would include the following:

The development’s plans include over 100,000 square feet of open space that would be available to the public on this campus. This represents double the amount of space that is currently available and parking for more than 1,500 vehicles.

Koning Eizsenberg, Olin and AC Martin are the design team and they have planned for contemporary low rise structures that would vary between two stories and eight stories. The development would be built around a series of interior paseos and courtyards.

However, not all of the buildings that are currently part of the property would be demolished. The public library, a police station, and bandstand would remain as part of the Commons. The decommissioned West LA Courthouse onsite will be renovated and made into an arts pavilion that has a mixed use of housing and commercial space.

It is estimated that full construction of this project will take until 2028 to complete and would begin in 2024, depending on approvals and financing.