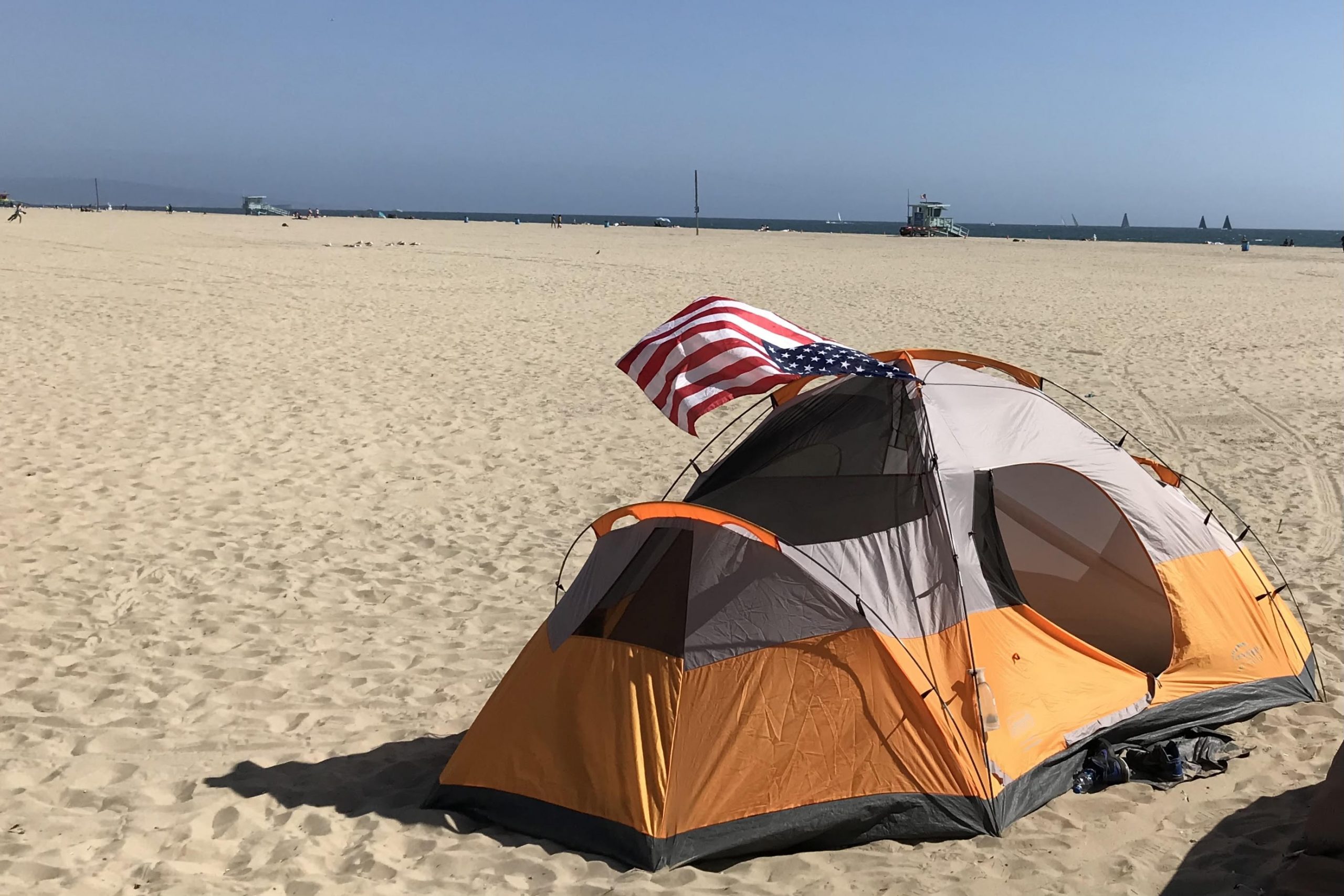 Los Angeles City Council Tuesday will vote again on a bill that would ban homeless encampments within 500 feet of schools and daycare centers.

The council voted 10-1 in favor of the ordinance earlier in July, with Councilman Mike Bonin dissenting. Since the vote was not unanimous, the ordinance requires a second vote. Last Wednesday, the motion was on the City Council agenda but the vote was moved to Tuesday, August 2.

The ordinance amends section 41.18 of the Los Angeles Municipal Code, which bans sleeping, lying or obstructing certain areas of the public right of way. The places where the City code already prohibits sleeping include within two feet of fire hydrants, within 10 feet of a driveway and anywhere within a street. In addition, the current code bans sleeping within 500 feet of sensitive areas, including schools and daycare centers, but only if the Councilmember representing that area designates it. The law passed last Friday is a blanket ban on homeless encampments within 500 feet of all schools within the City of Los Angeles.

Bonin–who represents much of the Westside–argued when the motion first came up for a vote that a ban would exasperate homelessness in the city.

“Making it less visible doesn’t make it go away,” Bonin said during the meeting on July 1. “In some ways, we actually make it worse…By displacing people we actually disconnect people”

Councilmember Paul Krekorian, however, argued that the ordinance would restore “sanity and civility” to the streets.

“We need to move forward with common-sense solutions,” Krekorian said during the meeting. “We are not criminalizing homelessness at all with this change. We are taking actions necessary to restore some degree of sanity and civility to our streets, and at the very same time we are protecting the young people of this city.”

“[It] will help reduce the risk that my students, their families and my colleagues face on a daily basis because of the criminal activity that has been happening,” a parent and school worker said during the meeting.

Others, however, characterized it as a move intended to criminalize homelessness.

“This isn’t about fixing homelessness, it’s about aesthetics,” an opponent said.

During the July 1 meeting, numerous opponents of the ordinance shouted from the audience as the Councilmembers spoke, bringing the meeting to a suspension while Council President Nury Martinez issued warnings, before ordering three people to be removed from the room.

“You can protest all you want, but it doesn’t change the truth,” Councilmember Mitch O’Farrell said to the protestors. “The truth is the city is engaged in housing people. It is our focus.”