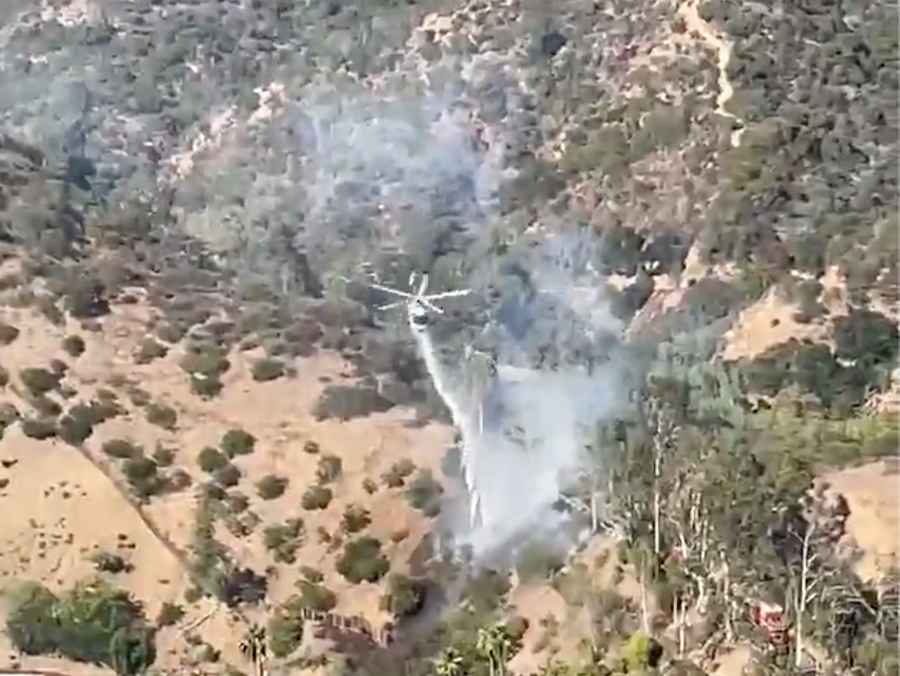 Firefighters from multiple departments contained a brush fire that broke out in Beverly Crest this week before any structures were damaged.

According to the Los Angeles Fire Department (LAFD), the incident was reported on August 15 around 4:15 p.m. at 2040 Beverly Drive in Beverly Crest.

“It took 85 LAFD firefighters, by ground and by air, to contain the brush fire to approximately one acre in just over 90 minutes,” said LAFD spokesperson Nicholas Prange. “We want to extend our gratitude to Beverly Hills FD and LA County FD for their mutual aid responses in assisting with the suppression efforts.”

According to the LAFD, no structures were damaged and no injuries were reported.

The cause of the fire remains under investigation.