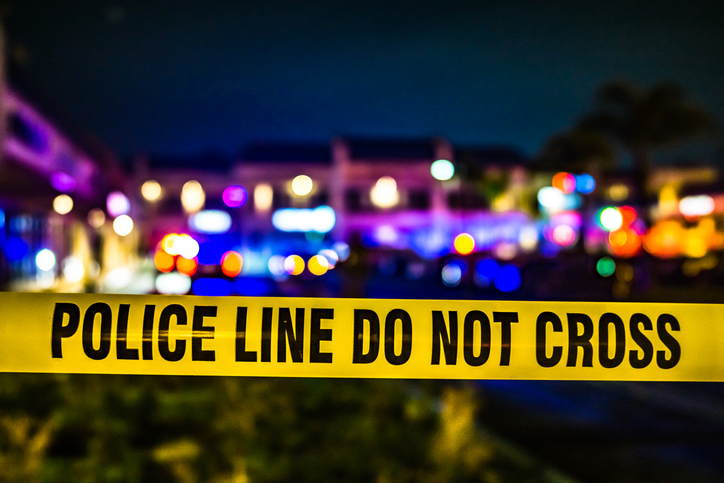 A person suffered serious facial injuries after being attacked by burglary suspects who had followed them home from dinner recently.

According to the Los Angeles Police Department (LAPD), on November 26 around 10:30 p.m., multiple suspects confronted victims upon their arrival at a residence in the 100 block of N. Fuller Avenue in the Wilshire Area of Los Angeles.

The victims had spent the evening dining at a restaurant and had walked home. As the victims arrived at their residence, two suspects, wearing “police-type” tactical vests, approached and pointed a handgun at the victims. The suspects punched the victims and forced their way inside, where additional victims were located. The suspects continued to physically assault the victims as they gathered property,” the LAPD said.

Three additional suspects entered the location and took additional property. A large amount of money and jewelry were among the items taken in the robbery.

According to the LAPD, one of the victims suffered significant facial injuries.

Suspect 1 is described as a Black male, 20-25 years, approximately 6’01”, medium build, wearing a black hoodie, black “police-type” vest with a “police” badge attached. He was armed with a semi-automatic handgun.

Suspect-2 is described as a Black male, 20-25 years, approximately 6’01”, medium build, wearing a black hoodie, black “police-type” vest with a “police” badge attached. He was armed with a rubber mallet.

Suspects 3-5 are described as males, with no further details.

On December 2, 2021, LAPD Robbery-Homicide Division learned of the surveillance video circulated on various social media platforms. The victims were contacted, and a report was made. RHD assumed investigative responsibility for the case. Further investigation will be conducted to determine if the victims were followed home before the robbery.