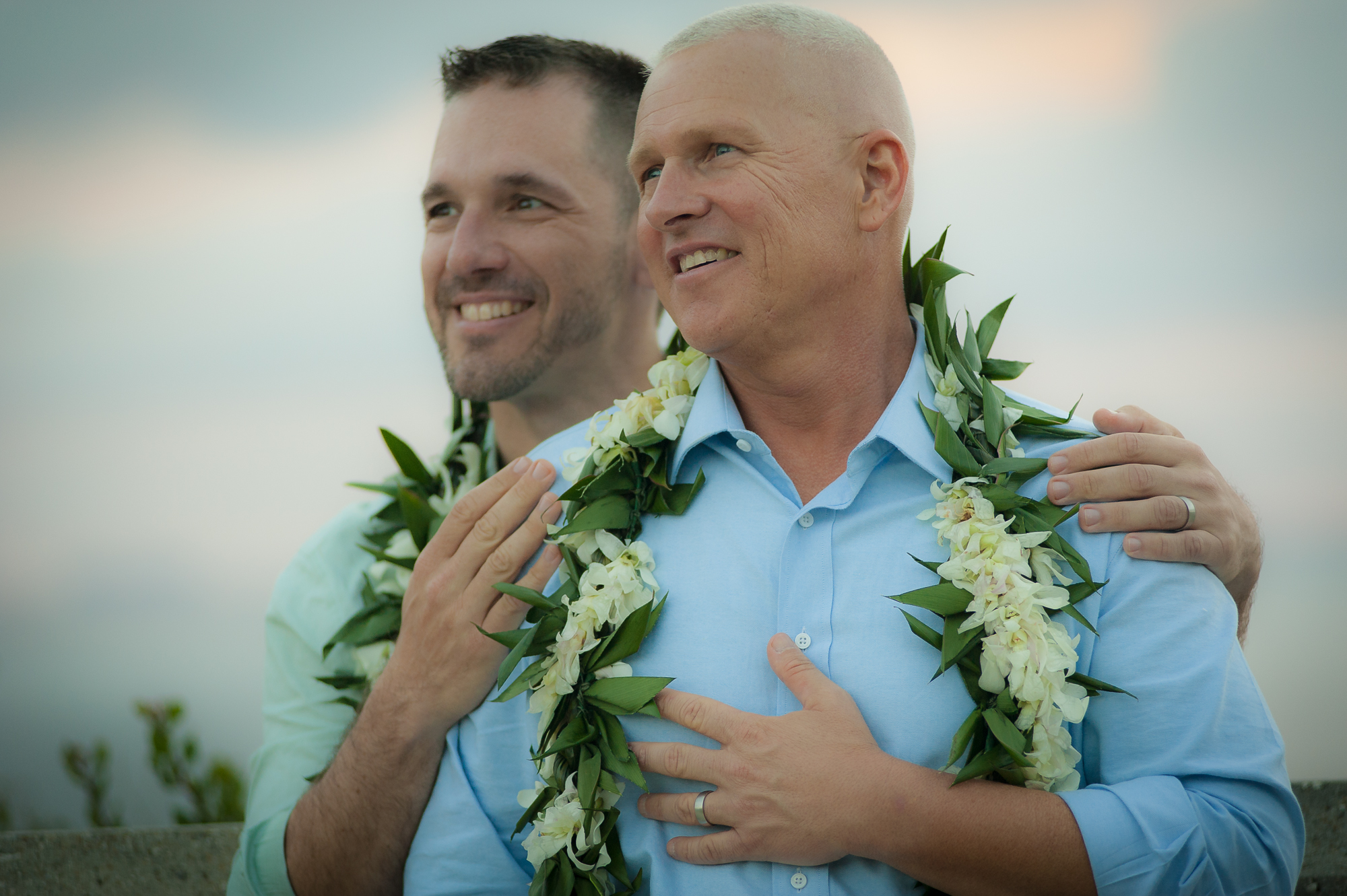 Bonin, one of three LGBT elected officials in Los Angeles City government, and Arian, founder and president of Eos Consulting and Vice President for Innovation and Emerging Technologies at the Los Angeles Area Chamber of Commerce, tied the knot in an outdoor ceremony at Point Fermin Park, officiated by Mayor Eric Garcetti.

The festive nuptials, held in the neighborhood where Arian was raised, featured works of art and music from several bands from the Venice area, which Bonin represents.

The couple insisted on a sustainable and tech savvy event, using a wedding app instead of paper invites, and solar power to fuel the sound system.

The reception took on a carnival feel, with a giant Jenja set, interactive art, and bouncy houses for both children and adults.

Bonin and Arian met at City Hall in 2009, when Arian was Director of Economic Development for Mayor Antonio Villaraigosa.

At the time, Bonin was chief of staff to Councilmember Bill Rosendahl and a same sex marriage activist with the Courage Campaign.