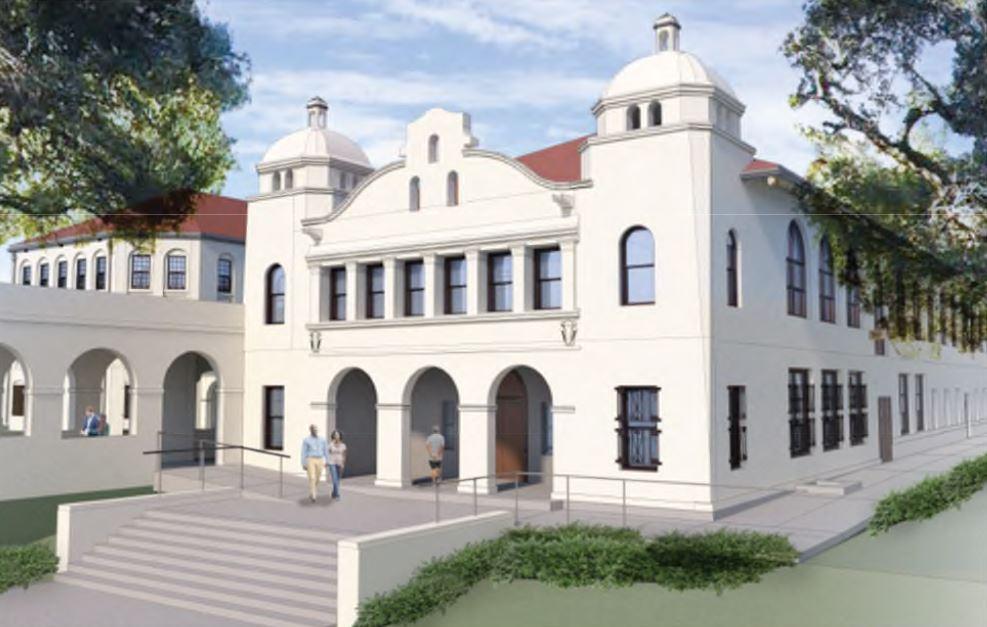 Redevelopment would bring 112 units to campus

The Los Angeles County Board of Supervisors has approved the release of up to $163 million of funding that would pay for the construction of affordable and permanent housing in three areas of the county: the West Los Angeles VA Campus, unincorporated Florence Firestone and the City of Alhambra as reported by Urbanize Los Angeles. This plan would create 407 homes and over half of those homes would be set aside for people in the county who are unhoused. The vote was unanimous.

The project at the West Los Angles Veterans Administration campus is being developed by Century Housing Corporation. The County Supervisors’ approval would give the development company $47.2 million in bond financing to convert Building 157 and another building (156) into housing. These two buildings have both been vacant for over 50 years. They were used as office buildings and as medical clinic in the past. After they are redeveloped, the developer’s plans are to create 112 permanent supportive housing that would be set aside for veterans alone.

The rents for these apartments would be set to be affordable for those who only earn below 30 to 50 percent of the median area income. The West Los Angeles Veterans Collective is the overall group that Century Housing Corporation is part of and that has been given the responsibility of redevelopment of the West Los Angeles VA campus that sits west of the 405 freeway.