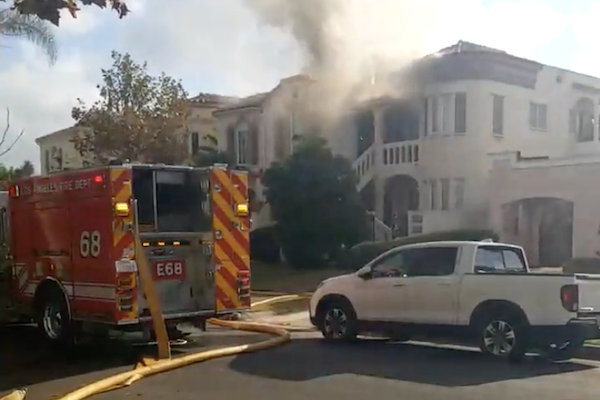 No injuries reported in September 14 incident

Over 40 LAFD firefighters put out a fire that broke out in a Mid-City home this week.

According to the Los Angeles Fire Department (LAFD), the incident was reported on September 14 around 8:20 a.m. at 1622 Stearns Drive at a two-story duplex.

Firefighters arrived at the scene to find smoke showing from the attic vents. According to the LAFD, it took 41 firefighters 37 minutes to put out the fire with no injuries reported.

“The bulk of the fire was located in the attic, running the walls which had to be opened up to chase down all remaining fire and smoldering spots,” the LAFD said. “The incident commander requested LAFD Arson and LAPD respond for a potential suspect.”

The LAFD had no further information about the suspect at the time of this article’s publication.