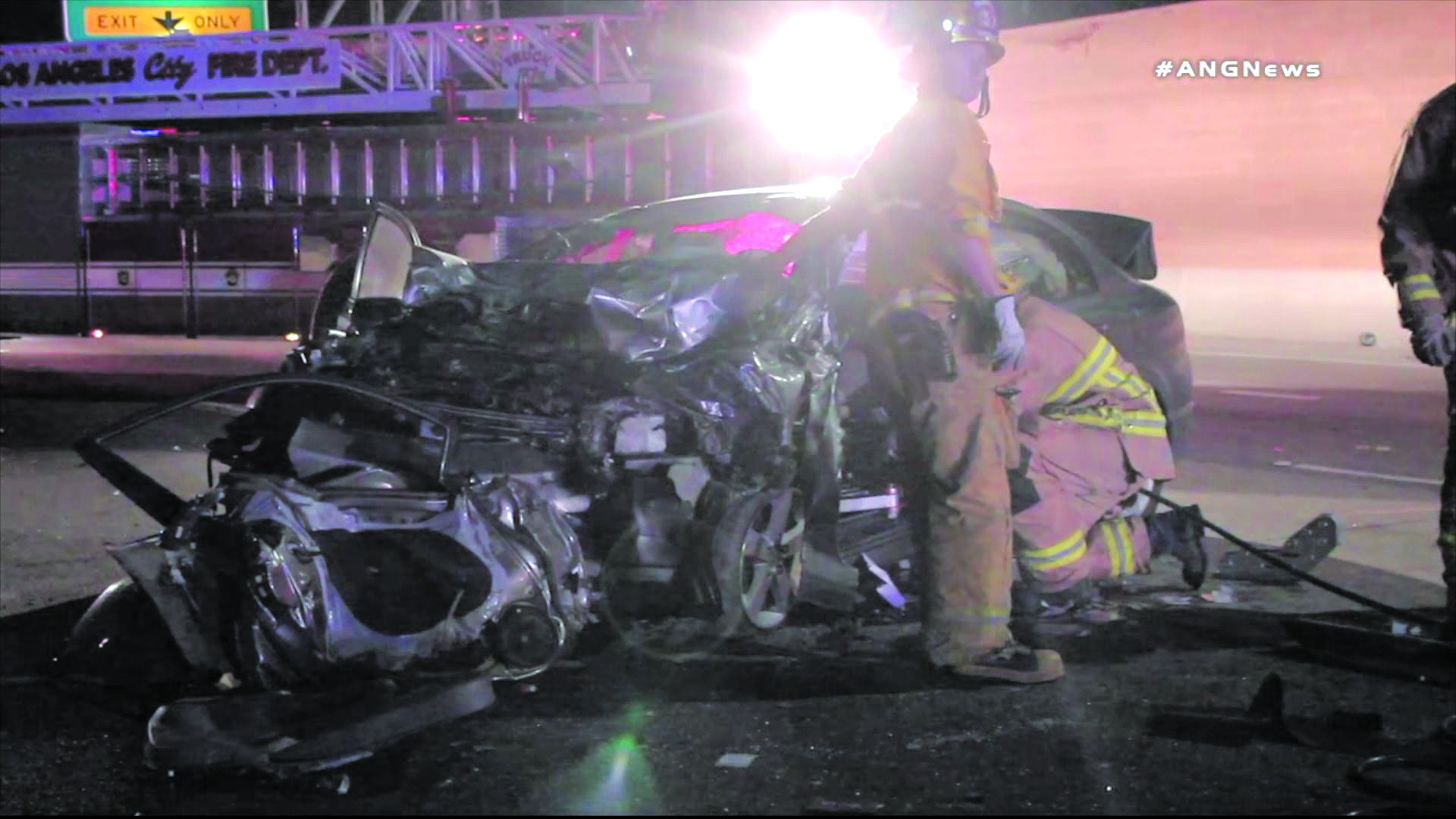 A man who allegedly drove an SUV the wrong way on the northbound San Diego (405) Freeway in Westwood was arrested following a multi-vehicle crash that left himself and four other people injured.

The collision was reported at 12:38 a.m. on Jan. 15 on the northbound freeway near Wilshire Boulevard, according to the California Highway Patrol.

Abdul Aziz M. Alnuaim, 28, of Beverly Hills, was booked on suspicion of driving under the influence of alcohol, according to the CHP. He suffered “moderate’” injuries in the crash.

Alnuaim was driving a 2016 Chevrolet Tahoe southbound in the carpool lane of the northbound freeway when the Chevrolet collided head-on with a 2000 Ford Explorer that was northbound in the same lane, the CHP reported. The driver of the Ford suffered minor injuries, as did his two passengers.

The Chevrolet then crashed into a 2008 Honda Civic that was northbound in the No. 1 lane, according to the CHP. The 29-year-old woman driving the Honda suffered two broken legs and was hospitalized in serious condition.

Debris from the crash damaged a 2015 Mercedes-Benz that was northbound in the No. 5 lane, the CHP reported. The Mercedes driver was not injured.

“(Alnuaim) was determined to be driving under the influence of alcohol and was subsequently arrested,” according to the CHP. “Alcohol and/or drugs do appear to be a factor in this collision.”

The northbound lanes were closed for about three hours while an investigation was conducted.