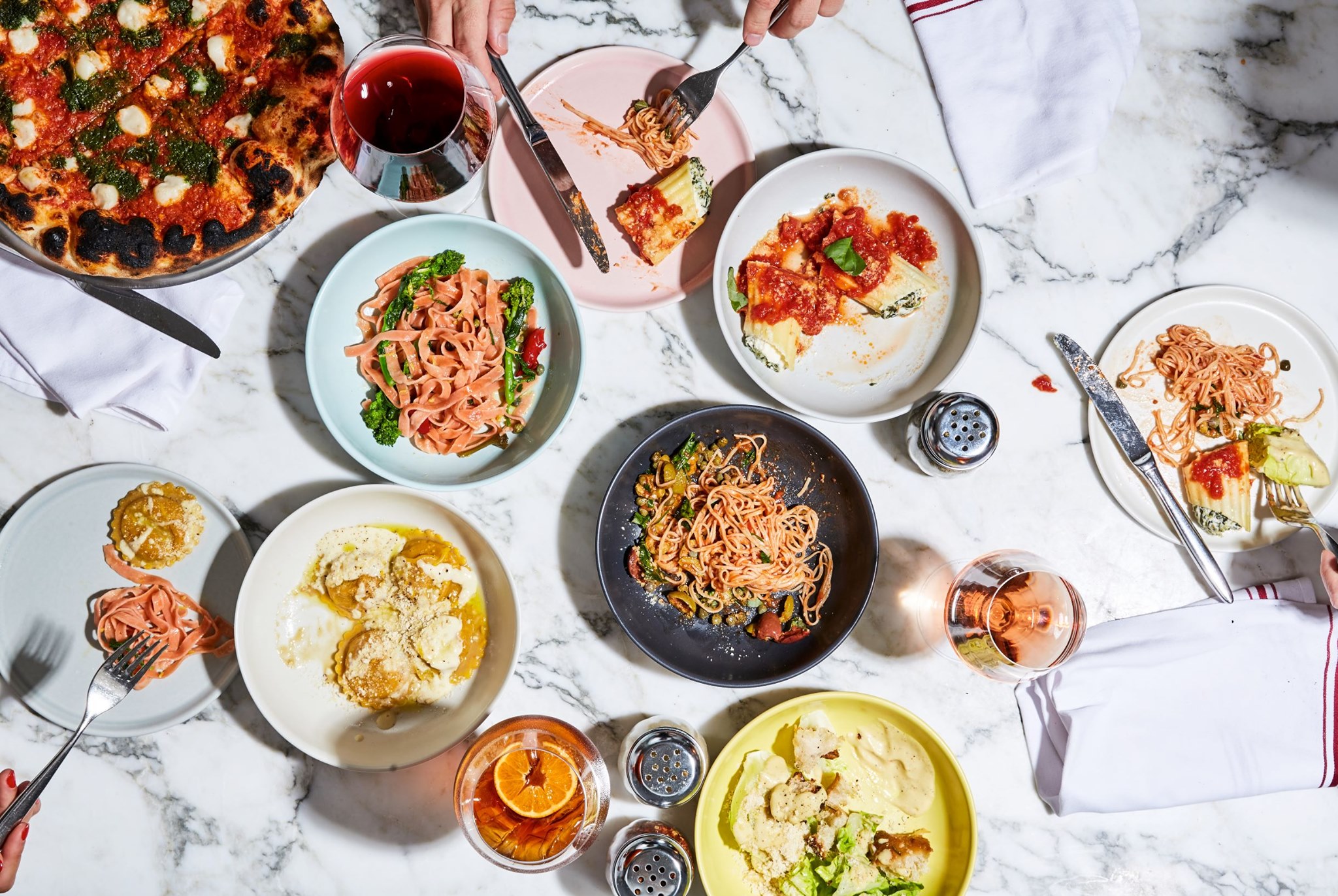 Restaurant to open in coming weeks

Chef Matthew Kinney is opening a new location of his vegan restaurant Sestina in the Westfield Century City mall soon. We spoke with him via phone to find out more about the restaurant and his plans for the new Sestina on the Westside.

When do you think the new location will be open?

I’m told that it could be two or three weeks, but the way things go, once you have everything finished, have to have health sign off and fire [department sign off] and then you know, acquire all the final permits. I haven’t seen too many places open on time. This because you know, everything about COVID. It’s all different. But it is nearly finished. So it could be two or three weeks. But I wouldn’t be surprised if it had a slight delay. We just opened the restaurant in Boston, and there was an issue in the basement had nothing to do with our restaurant.

I see. Tell me a little about Sestina.

We have a successful pizza brand called Double Zero Pizza, with six locations. I personally love pasta as much as I love pizza. At the same time, I’m maybe a little jaded. It has to be really well, made and I only like fresh pasta. We we’re doing the filming for Food Future Institute, our culinary education business and our director of education is Italian. He did the pasta module. I was so impressed with the way I made pasta and lightness of it. I thought we could build a concept around this. So we opened the first one in New York, shortly after and then we opened in Culver City, maybe a year or so ago. We were looking at Westfield, because it is a very high traffic mall and our big picture goal is to really bring plant based cuisine to the mainstream. Wherever that be. It doesn’t always mean to high end restaurants, it could be you education or universities, airports. We really want to make it accessible everywhere where people consume food. So this is a really nice opportunity. It was a space that had been an Italian restaurant. So it was a little bit easier to retrofit the kitchen. The restaurants that are there are doing really well. We’re just really excited, because it’s not typical of where we would have located two or three years ago, for example. I’s important opening for us and so it takes us into a new realm.

I think it is a very popular mall, low key.

Even during COVID It was busy. Yeah, the open air element. I think it’s a good balance between business and leisure or shopping and then there’s the new hotel opening nearby. It’s actually really cool property. So we felt good about it. It was some definitely not something we would have forecasted [doing] that long ago, but we’ll see opportunity came up, we were really happy about it.

Will the menu at the Century City Sestina be different?

Obviously, we do change dishes, when we think we can improve on something. But in general, the locations are very consistent. They use the same tableware and they might not have the exact same design. But typically, the tables are a white marble and the fixtures are black and white. We try to stayreally unique, organic, sustainable. The menu itself will be always changing just because it’s new, and it gives us a fresh chance to look at, we change a couple of dishes on the menu as we are rolling it out. But the idea is not to reinvent it. When we built our education platform, there was a lot of like testing and a lot of trial. And it gave us a more stable menu that we don’t feel like we have to adjust as much.

We initially focused only on sustainable vegan wines from the west coast. But we’ve changed that a lot because we have we have a partnership with Quercia Bella Wines, my friend and a shareholder in Matthew Kenney Cuisine. He has a vineyard, and he converted it to sustainable biodynamic vegan many years ago, and also happened to have some amazing wine. So we always have these wines on the menu, even if it’s not a menu that includes Italian [food], but that’s usually one of our signature wines. We’re always tasting and trying [new wines]. I think that one thing I’m really pushing for is a new list of non alcoholic botanicals which is becoming really popular.