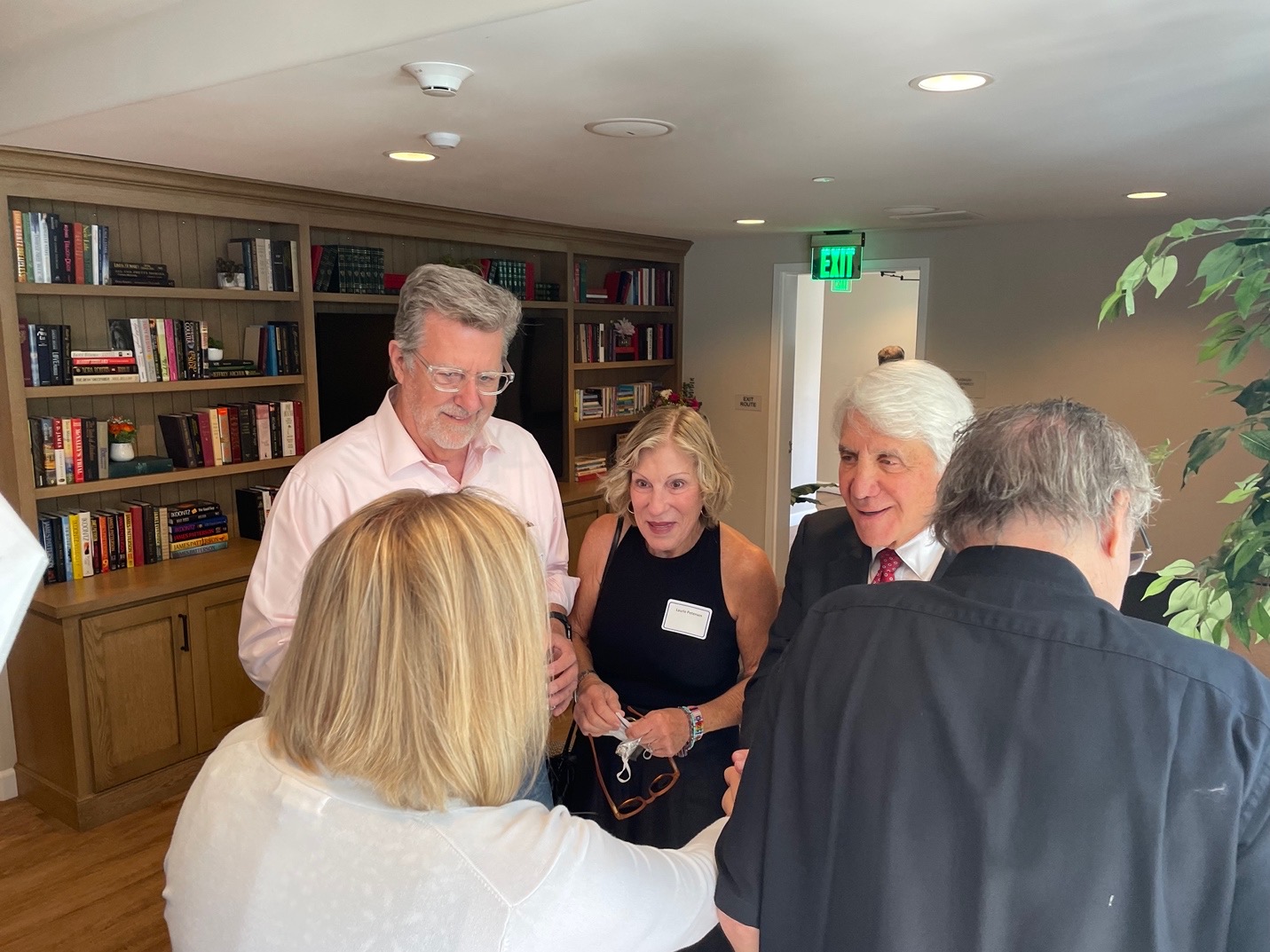 Brentwood resident Tom Safran is known for being a world-class builder of affordable housing.

He is really in the business of changing lives.

Tuesday, July 26, marked the grand opening of Missouri Place, a new affordable housing complex built at the southeast corner of Missouri and Bundy. This is the site of a former animal shelter.

Missouri Place has set aside up to 60 percent of the facility’s 74 units for formerly homeless individuals.

I attended the grand opening of Missouri Place the other day and it was a lovely affair, with lots of people, food, speeches and tours of the new facility.  Missouri Place is absolutely first class and anyone would be lucky to live there.

But the part of the event that sticks out most in my mind was my chance meeting with Veronica Martinez, who now lives at Missouri Place.  She was one of the tour guides on opening day.

Veronica told me she had been living on the edge for quite some time, staying at family members’ places.  She had never actually lived on the streets, but I could tell from listening to her that things could have easily gone that way.

Veronica just knew, she told me, that in order to really take control of her life, she needed her own place.  She said she felt like she was down to two weeks left before her life would completely unravel. She said she prayed to God for a miracle and, two weeks later, she learned she had been accepted to move into Missouri Place.

It was all very touching.  Good luck to you, Veronica — and to all your new neighbors at Missouri Place.  May you all find health, happiness and prosperity in the years ahead. Thank you, Tom Safran, for doing God’s work here on earth.

Building permanent supportive housing for the homeless requires jumping through a lot of hoops. Everyone pulled together on this project. There wasn’t the typical opposition from nearby residents.

Mayor Eric Garcetti attended the grand opening and said, prior to the passage of HHH, the measure that raised taxes for the purpose of building housing for the homeless, going to a grand opening like the one at Missouri Place occurred maybe once every two or three months.

Now he’s attending similar grand openings all over Los Angeles maybe once a week, he said. Progress really is being made, he asserted.

City Council Member Mike Bonin said there are many things a formerly homeless person needs to get back up on his or her feet, but it all starts with housing. Services and mental health counseling and drug rehab programs really can’t work, he has argued for years, unless a person has housing stability first.

While many today wonder why it’s so hard to provide enough shelter quickly for the homeless – and at an affordable cost – let’s set those discussions aside for today. Today, let’s take a moment to celebrate a real achievement: the opening of Missouri Place.