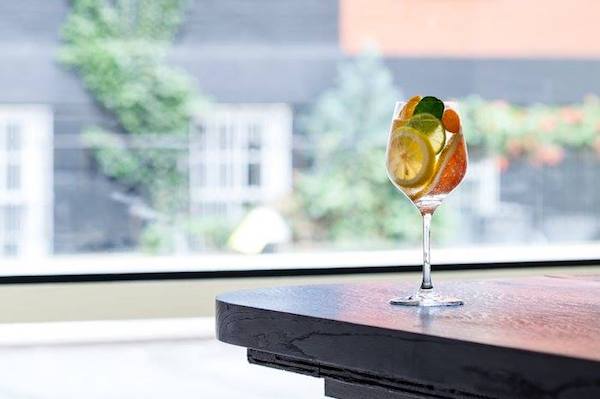 The five star luxury hotel, The Maybourne, in Beverly Hills will be the new site of the first West Coast location of the bar Dante, which is renowned for its Negronis, martinis and spritz beverages as reported by Eater Los Angeles.

Linden Pride and Nathalie Hudson are the Australian owners of Dante, having purchased the first Caffe Dante, that was founded in 1915.  Pride was quoted by Eater about the move to Los Angeles, “During the COVID-19 pandemic, the residents of California were our top supporters outside of New York. An overwhelming amount of orders poured in for merchandise, gift cards, and bottled cocktails, and the community support we felt was remarkable. We’ve always been inspired by the California lifestyle and cuisine. We believe LA is one of the great culinary centers of the world.”

Under their leadership, Dante opened a new location in the West Village of NYC and has been awarded the number one and two spots on the World’s 50 Best Bars list and World’s Best Bar and Best American Restaurant Bar awards from the Tales of the Cocktail Spirited Awards.

Eater Los Angeles reports that the new Beverly Hills Dante will serve its Negroni Bianco, a white version of the classic Italian stunner of beverage made with Brooklyn gin, Quinquina, Alessio Bianco, Carpano dry, lemon bitters, and verjus. Another beverage on the way to Beverly Hills is the Tanqueray flor de Sevilla made with dry Curaçao, orange wine, orange bitters, vanilla, and Prosecco. The menu will concentrate on Italian and Mediterranean dishes made with a wood-fired oven. According to Eater Los Angeles, the restaurant plans to serve roasted Santa Barbara black cod with salmoriglio sauce and zucchini, cedar-smoked California rainbow trout with a grapefruit, blood orange, avocado and an arugula salad.