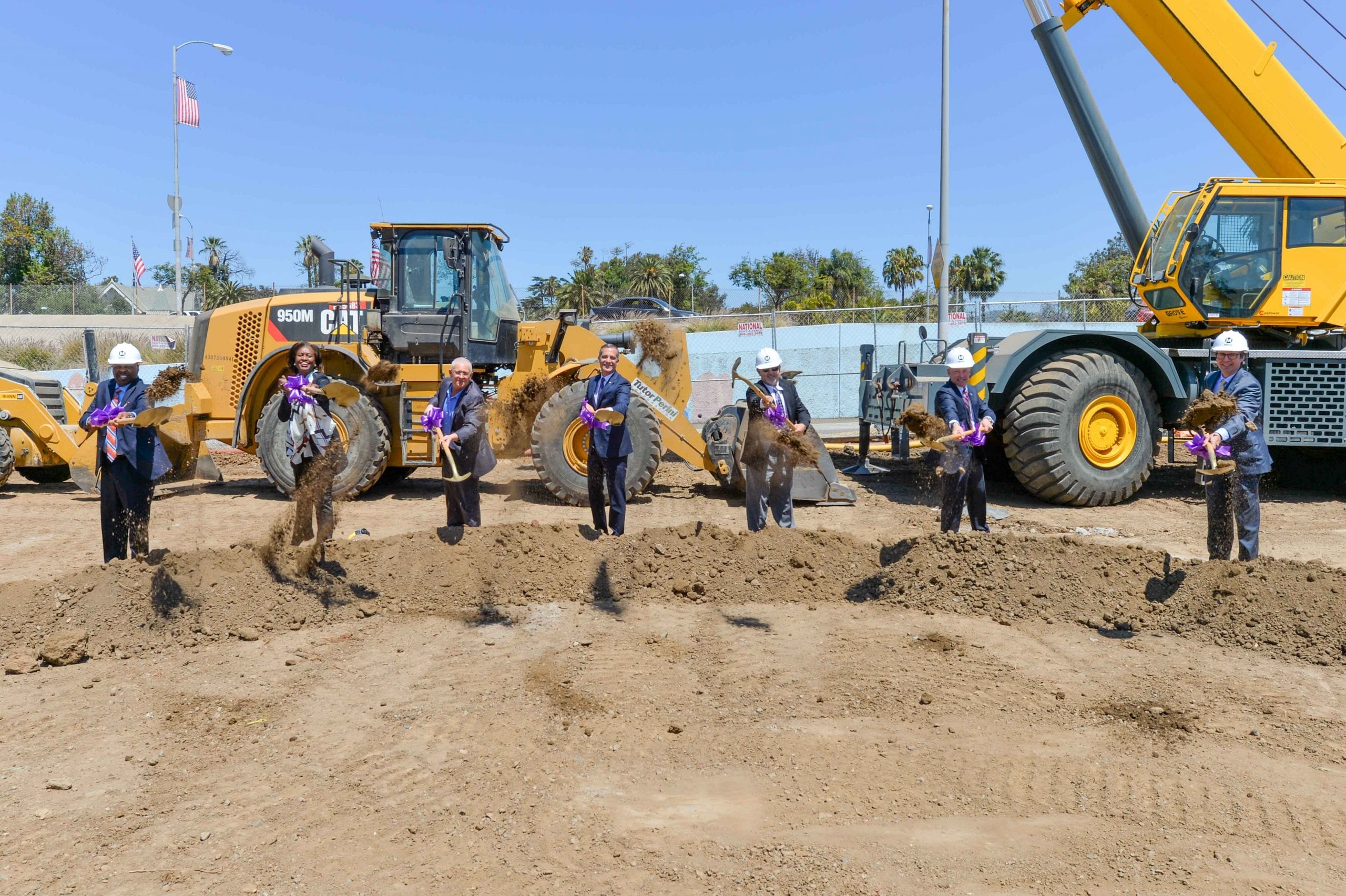 Officials this week broke ground on a 2.5-mile subway extension of the Purple Line (Metro’s D Line) from Century City to Westwood.

“The Purple Line Expansion is the key that will unlock our transportation future and burst open doors of opportunity on the Westside — and today’s groundbreaking moves us one step closer to completely redefining our city’s relationship with public transit,” said Mayor Garcetti, who also serves as Metro Board Chair.

Scheduled for completion in 2027, Section 3 of the Metro Purple Line Extension Project is part of a larger three-phase, 8.9-mile, seven-station project that will extend the Purple Line from the current terminus at Wilshire/Western to the Veterans Affairs West Los Angeles Medical Center (VA) just west of the 405 Freeway. The 2.5-mile stretch will connect to the final station of the Purple Line Section 2 in Century City, and include one station at Westwood Village and another at the VA.

Metro is now actively building all three sections of the subway extension, which are planned to open in 2024, 2025 and 2027, respectively. The first section between Wilshire/Western and Beverly Hills is nearly 70 percent complete, and the Section 2 extension is now nearly 45 percent complete.

Metro has established a $3.6 billion budget for the Section 3 project, applying a $1.3 billion federal grant from the U.S. Department of Transportation that will be delivered through a Full Funding Grant Agreement with the Federal Transit Administration’s Capital Investment Grant program. The grant is a stand-alone agreement with no required loans. More than $2 billion for the project will come from the half-cent sales tax increases generated by Measures R and M, local measures approved by voters in 2008 and 2016.

According to LA Metro, the subway extension to the Westwood/VA Hospital station will garner about 49,300 daily weekday boardings at the seven new stations. There will be about 78,000 new daily trips on the full Metro Rail System as a result of opening this line.

By Staff Report May 27, 2021
in News, Transportation
Related Posts