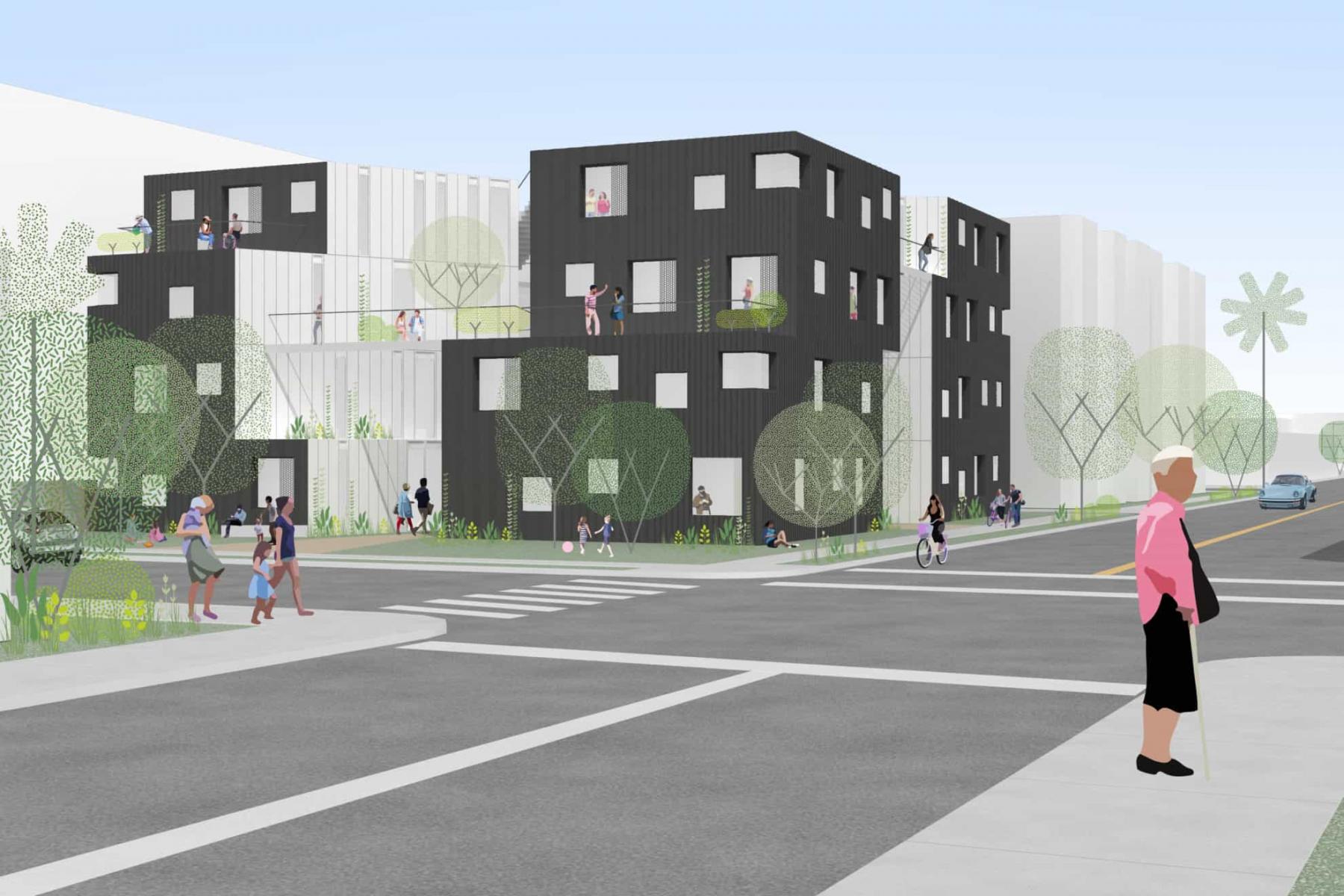 Construction company Integrare Group has issued a press release that construction has begun on a new co-living complex at 1503 Barrington as reported by Urbanize Los Angeles.

The complex is being developed by a Canadian developer Rize Alliance out of Vancouver and is their first development in Los Angeles. The building is planned as a four-story building with 18 units divided between four and five-bedroom apartments. The address used to be the site of a triplex and a single-family home.

This new co-living structure is being designed by LOHA and will also include amenities such as patios and a clubhouse as well as open stairwells that rise around the central courtyard.

This new project is very close to the corner of Santa Monica Boulevard and Barrington Avenue where another developer Markwood is currently building a sizable new mixed-use complex with 51 units and commercial space on the first floor. The area already has several other mixed-use and multifamily projects in the works just west of the 405 Freeway.