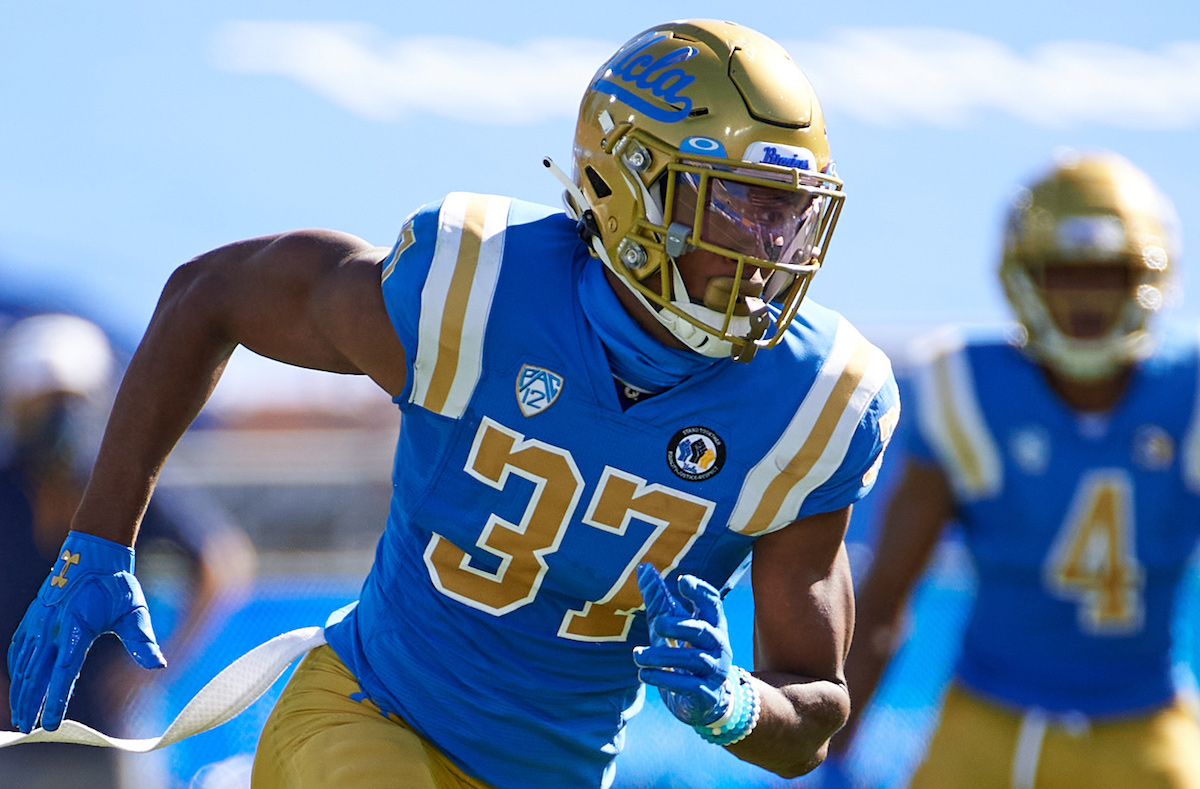 Quentin Lake, a UCLA student and football safety was chosen by the Los Angeles Rams as a sixth-round draft pick during the NFL draft as reported by Sports Illustrated.com. Lake will be the second member of his family to be selected during the NFL draft. His father Carnell Lake was chosen by the Pittsburgh Steelers as a second-round draft pick during the 1989 NFL Draft. Carnell Lake went on to be part of five Pro Bowl teams during five Pro Bowls and was a member of the NFL’s 1990s All-Decade Team. He remained with the Steelers until 1999 and went on to become a coach in professional football and at the collegiate level.

Quentin Lake was a No. 211 overall pick during the sixth round of the NFL draft and is the fifth UCLA student to be chosen during the draft. The other Bruins who were selected were Greg Dulchich, now a tight end for the Denver Broncos, Sean Rhyan, a Green Bay Packers offensive lineman, Kyle Philips, a Tennessee Titans wide receiver and Otito Ogbonnia, a defensive lineman for the Los Angeles Chargers. Both Lake and Ogbonnia will play at SoFi stadium which is the home stadium of both the LA Rams and the LA Chargers.

There hasn’t been a Bruin safety that was chosen in the draft since 2011. Rahim Moore was the last UCLA safety chosen as a draft pick by the Denver Broncos.

Lake was first considered a potential pick for an NFL team when he was a freshman during the 2018 season as a “redshirt”. During that season, he was responsible for 67 tackles, seven pass defenses and two interceptions. He did have problems with injuries during the 2019 season and Covid 19 protocols kept him from playing during some of the games in 2020. Still during that 2020 season, he managed 33 tackles and five pass defenses even though he only played for five games.

In 2021, he played 11 games and was awarded the honors of the All-Pac-12 Second Team. He achieved 54 tackles, 2.0 tackles per loss, nine pass defenses and three interceptions. Lake made an appearance during the East-West Shrine Bowl, due to his reputation from his “redshirt” season which made him very notable to NFL teams looking to draft new talent for 2023. In this, he followed in the footsteps of his father, who managed a similar feat during the same showcase game in 1989.

The Rams are the champions of the latest Superbowl, so they have no shortage of new talent on their team, but in the past, some of the late-round picks in the draft have worked their way up in the team’s roster. In fact, Jordan Fuller, a sixth-round draft pick was a leading player who tackled 113 times before a season-ending ankle injury sidelined him before the playoffs.

Of the remaining potential Bruins draft picks, offensive tackle Alec Anderson, running back Brittain Brown and safety Qwuantrezz Knight are the remaining top picks among a pool of several other potential players.