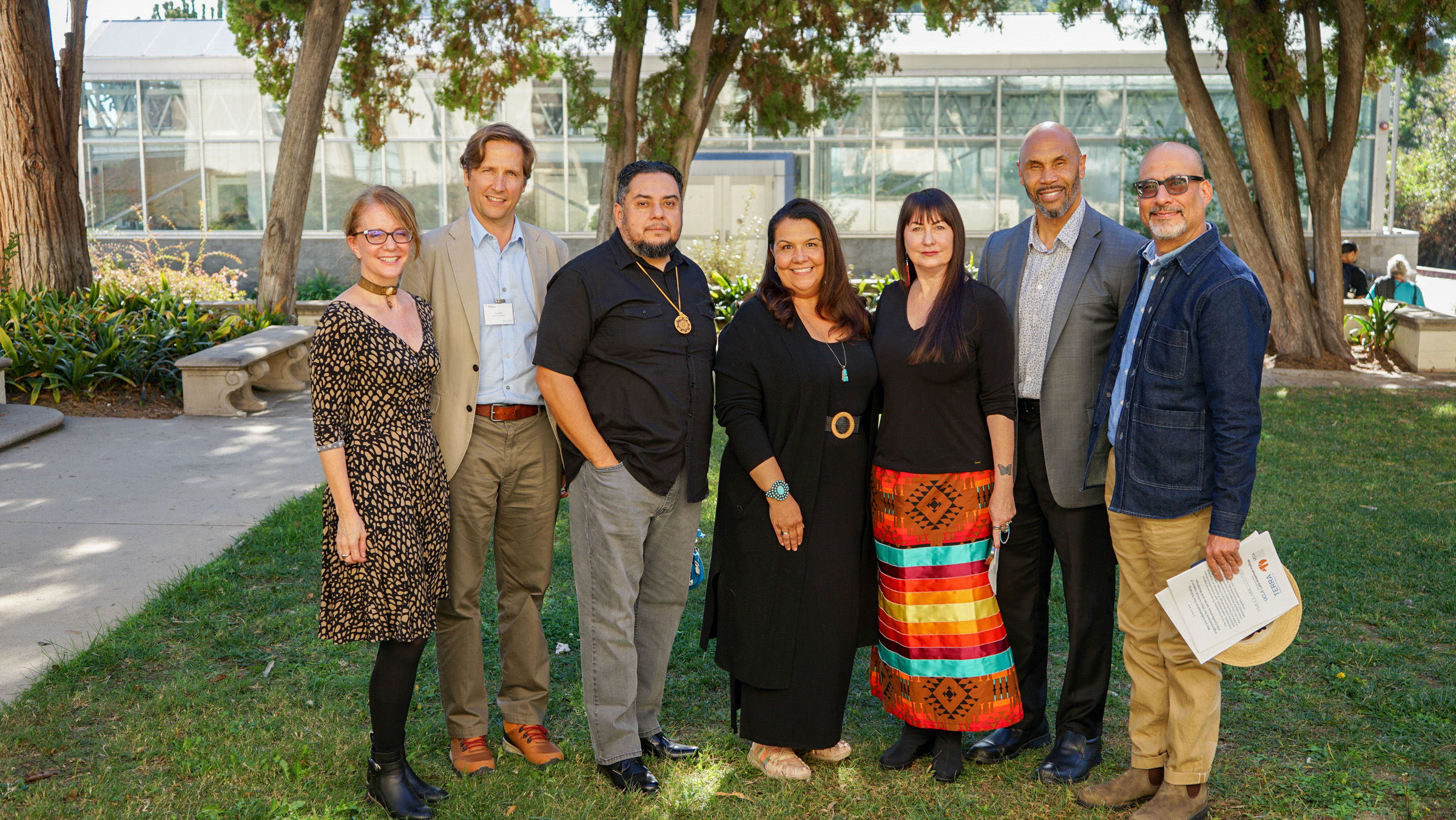 A new agreement has been signed between UCLA and members of the Gabrielino Tongva tribe, the original inhabitants of the land that UCLA has occupied for nearly 100 years.

According to UCLA, the new agreement “will ensure that traditional ways of planting, harvesting and gathering are part of campus landscaping and caretaking practices.” It also establishes guidelines that provide access to the descendants of the original inhabitants for ceremonial events, workshops and community educational opportunities.

“It is with our deepest gratitude that we, the Gabrielino/Tongva San Gabriel Band of Mission Indians, enter into a partnership with UCLA,” said Anthony Morales, tribal chairman. “There are those that speak words and those that follow up with action. When action is taken, healing can begin. This is the first step of many that are needed to ensure our tribal members and ancestral home lands have a shared space where gathering can occur. We look forward to future endeavors and continued partnership with UCLA.”

In 2019 UCLA implemented an acknowledgment, now used during campus events and in official communications, that the campus is located on the traditional, ancestral lands of the Tongva. The new agreement is one of a series of recent developments at UCLA and across the University of California, that expand access to education for Native students. It also includes provisions related to Sage Hill, three acres of undeveloped land in the northwest corner of campus.

“We are in a time of welcome sea change for Native issues on campus with great support from the highest level of leadership,” said Shannon Speed, director of UCLA’s American Indian Studies Center and one of two special advisors on Native and Indigenous Affairs to UCLA Chancellor Gene Block. “I look forward to working with tribal leaders and the community to fully realize the potential of the agreement, as well as develop future endeavors of mutual benefit to the Tongva community and to UCLA.”

UCLA is one of a handful of colleges and universities across the country that are formalizing such agreements with tribal communities. The memorandum addresses several goals expressed during listening sessions with the community. The memorandum, which aligns with the goals of the campus’s sustainability plan, was developed and co-written by Mishuana Goeman, a former special advisor on Native and Indigenous Affairs to Block.

“It is not enough to plant Native gardens and call it decolonization,” said Goeman, who is currently on leave from UCLA at the University at Buffalo. “We must instead plant gardens, nurture them through our actions with First Peoples and learn from those actions as we move forward. It is not just the work of one person on campus, but the responsibility of all of us to engage and learn and be better guests on Tavangar,” referring to the large expanse of Gabrielino Tongva land in Southern California that includes the area in which UCLA is located.