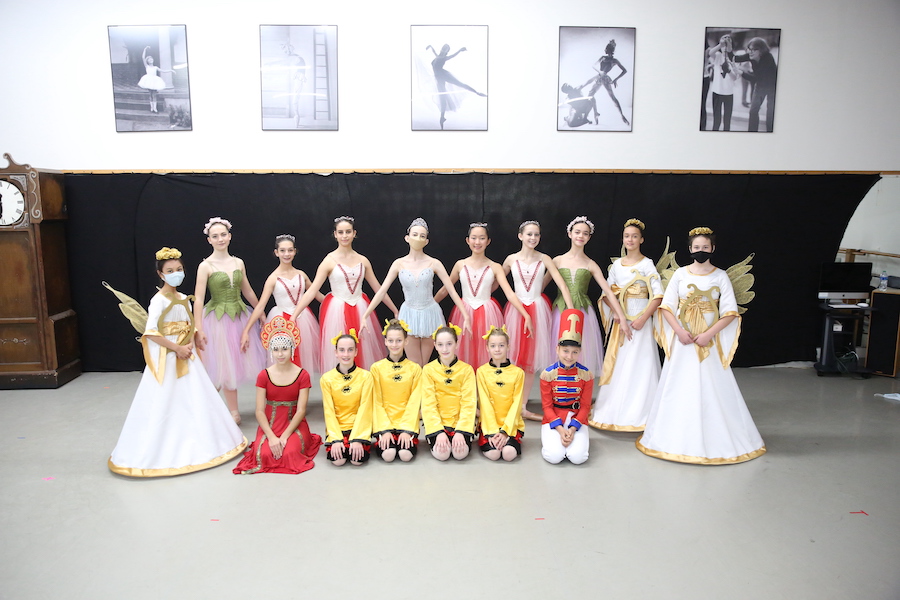 Sixteen West LA residents and students share the stage with a total of 67 pre-professional dancers in Westside Ballet of Santa Monica’s production of “The Nutcracker,” which returns to The Broad Stage Thanksgiving Weekend.  Two WLA dancers, Eema Kaye and Lilly Olvera, will dance solo roles.

The longest-running SoCal presentation of Pyotr Ilyich Tchaikovsky’s famous ballet, Westside’s production has been a beloved Los Angeles classic since 1973, providing the perfect opportunity to introduce children to classical music and dance, and in so doing, showcasing the value of the performance arts––a point considered more poignant than ever after the collective nearly two-year drought of live entertainment and arts events throughout the pandemic.

A junior at New West Charter High School, Lilly Olvera (17) has earned the coveted role of the Dew Drop Fairy. “Being able to come back to the studio has had such a positive impact on me,” said Olvera. “The pandemic greatly affected my life and those around me so being able to return to not only something familiar but also something that has brought me so much happiness over the years is extremely encouraging.”

Eema Kaye (14) has trained at Westside Ballet for ten years. Kaye, an 8th grader at Geffen Academy, will be performing the solo role of Center Candy. She will also dance as a Snowflake and Flower in the corps de ballet of the Snow Scene and Waltz of the Flowers.

Century City resident Naya Farrell-Katseanes (12) is in 6th grade at the New Roads School in Santa Monica, and shall be performing the roles of a side Chinese and Party Boy. The last time she was on the Broad Stage in the 2019 Nutcracker, she played a Polichinelle.  In 2018, she was a Snow Fairy. Farrell-Katseanes explains her regime to prepare for the big moment back to the live stage: “To ensure that I stay strong and healthy for ballet, I eat well balanced meals, get a lot of sleep, stretch and take epsom salt baths. I started dancing because I wanted to learn about the art of ballet and learn about other styles such as jazz. I love dancing at Westside Ballet because it keeps me motivated, happy, creative, challenged and athletic.”

Century City residents Bella Shriver (14) and Teralani Galvan (14) join Kaye in the Peppermint Candy dance in the corps de ballet. Westwood resident Zola Maksimovic (12) performs as a side Chinese, Victorian Party Boy, and Red Soldier. Other WLA area students perform in the Victorian Party Scene, the lively Russian dance, as ethereal Angels gliding on clouds, or in the intricately choreographed Battle Scene as Mice or Soldiers.

The students share the stage with professional dancers, such as Principal Guest Artist Chasen Greenwood, who is accompanying the Sugar Plum Fairy (Santa Monica native Daniella Zhou in her professional debut) as her Cavalier. Greenwood was featured in Dancer Magazine as “one to watch” after completing a nationwide tour as a soloist with State Street Ballet.

Westside Ballet will be implementing a mandatory vaccination and mask policy.